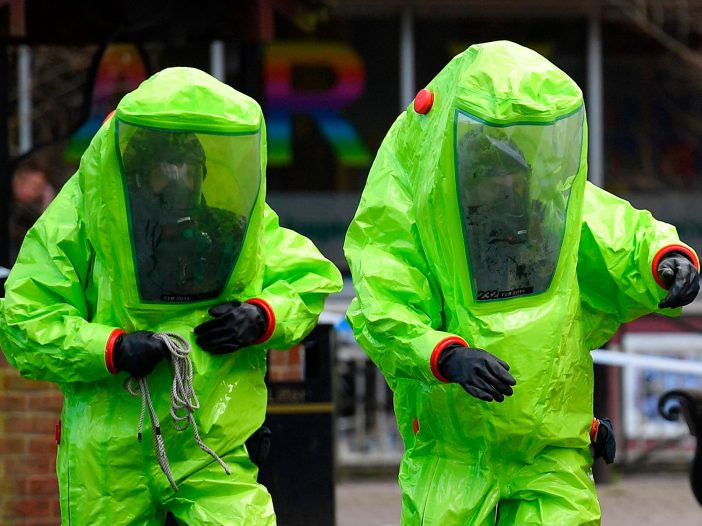 How did the army get chemical weapons? 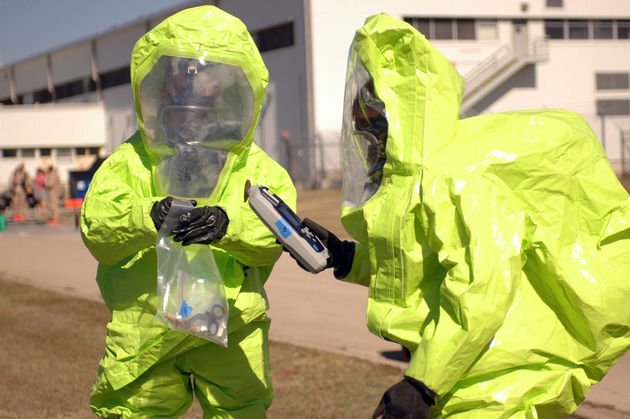 On January 9, 1997, the crew of the fishing boat WŁA-206 caught a yellow lump weighing about 5 kg from the Baltic Sea. After realizing that the aforementioned lump was not amber, the fishermen abandoned it at the municipal landfill. This information is fully confirmed and described in the scientific literature (Bogumił Filipek, Romuald Olszański, Władysław Harmata, Piotr Siermontowski. Chemical warfare agents in the Baltic Sea. POLISH HYPERBARIC RESEARCH – Journal of Polish Hyperbaric Medicine and Technology Society, No. 1 (46) 2014) .

On January 10, 1997, at 3:15 PM, the duty officer of the 55th Chemical Company in Rozewie was informed about the burns of fishermen. A group of soldiers from the diagnosis of contamination and chemical rescue was sent to the fishing port.

It was found that the Wla-206 cutter was contaminated with poisonous warfare agents in the form of sulfur mustard. Mustard and contaminated items from the fishing boat were brought to the military unit in Rozewie.

The contaminated items were placed in a ditch dug by soldiers who had performed the above activities without protective clothing. A few months later, one of them was diagnosed with third degree sarcoidosis, and some of the soldier’s spirometric rates were below 30%.

On the other hand, chemical weapons (approx. 5 kg of sulfur mustard), after being accepted into the unit, were lost. This was established in the course of the proceedings.

How it is possible to loss chemical weapons? 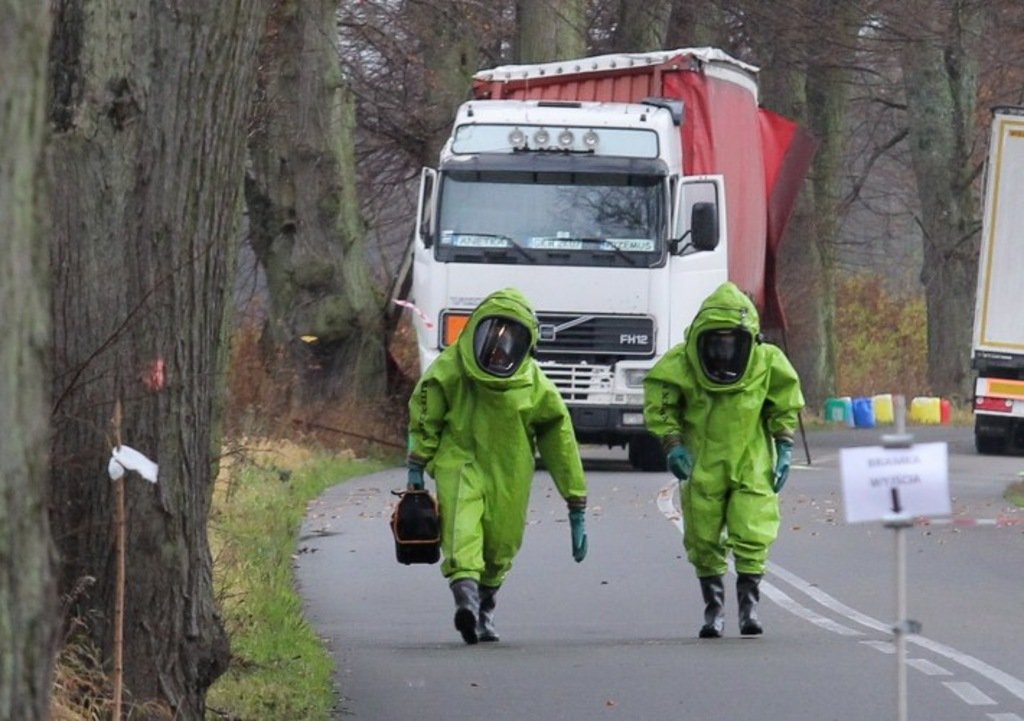 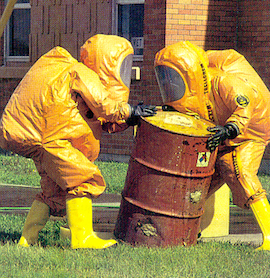 Former soldier and participant in those events, Karol Piernicki, informed the Minister of Justice and the Public Prosecutor General Zbigniew Ziobro about the missing chemical weapon in 2007. Despite the information and evidence received, the prosecution did not act on the basis and within the limits of the law. The scale of omissions and irregularities in the conducted proceedings is shocking. The proceedings were conducted in a manner contrary to the principles of logical reasoning. The pathology in the conducted proceedings indicates a strong will not to detect the disappearance of chemical weapons from the military unit and those responsible for its disappearance. Interrogated witnesses were not asked about the missing mustard gas. In the letters received from the prosecutor’s office, there are no references to many pieces of evidence (scientific publication, witnesses, documents). There has been no trial decision of the prosecutor’s office for almost 4 years. 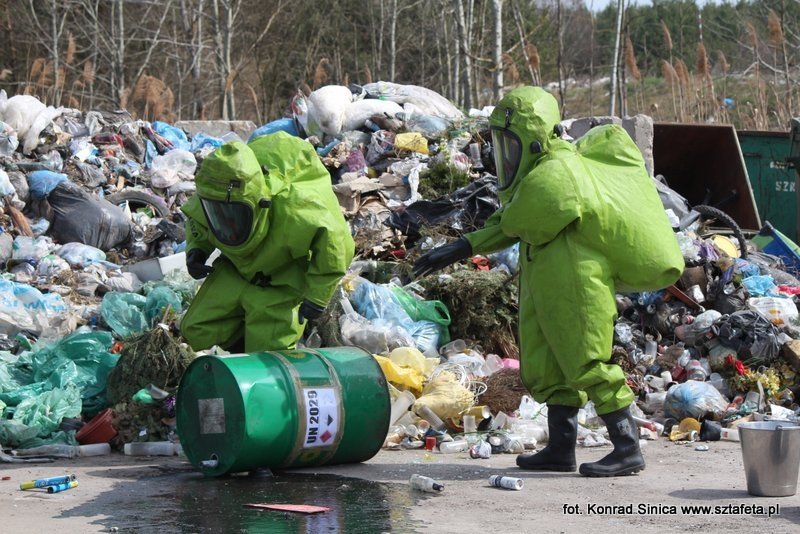 As a result of corruption promotions, judge Joanna Wiśniewska-Kołodziejczyk examining the proceedings was appointed the chairman of the 4th Division in the District Court in Gdańsk, and prosecutor Michał Kierski, who made the decision in less than a year from the deputy of the „provincial” Prosecutor’s Office, becomes the head of the District Prosecutor’s Office in Gdańsk. Due to the fact that official persons are involved in the case (Prosecutor General Zbigniew Ziobro, Prime Minister Mateusz Morawiecki, Beata Szydło, Jarosław Kaczyński, Antoni Macierewicz, President Andrzej Duda), the case may never find a substantive resolution. President Andrzej Duda also has knowledge of the government’s inaction in connection with the disappearance of chemical weapons from a military unit. President Andrzej Duda has not taken any steps to protect the safety of Polish and EU citizens (free movement of goods within the EU). President Andrzej Duda deliberately helps to violate the Convention on the Prohibition of Chemical Weapons, as the head of the armed forces, he hides the possible marketing of weapons of mass destruction. 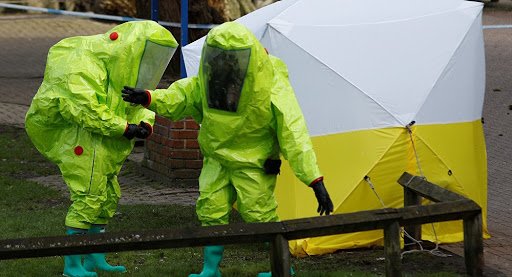 It should be established:

1. Has the finding of chemical weapons been reported to the Organization for the Prohibition of Chemical Weapons (OPCW) in due time?

3. Does the Polish government violate the provisions of the Convention on the Prohibition of Chemical Weapons?

5. Does the military conduct research on chemical weapons contrary to international law (forbidden by the Chemical Weapons Convention)?

6. Why is the government hiding from the public the fact that the military has lost chemical weapons?

7. Why is nobody looking for the missing mustard gas? (the disappearance of mustard gas was determined in the course of the proceedings; it is still unknown what happened to him and where it is). 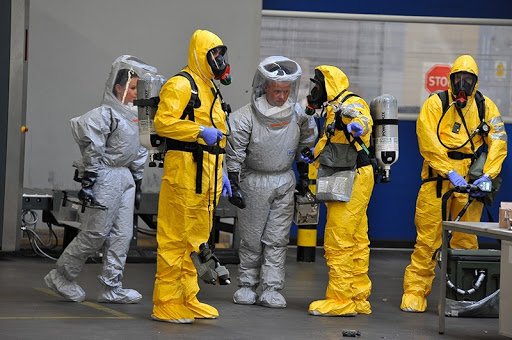 The mere failure to report a finding of chemical weapons to the OPCW is already a violation of the Chemical Weapons Convention.

The case begins to be covered by the media.

No reaction to the allegations is made by the Polish government. 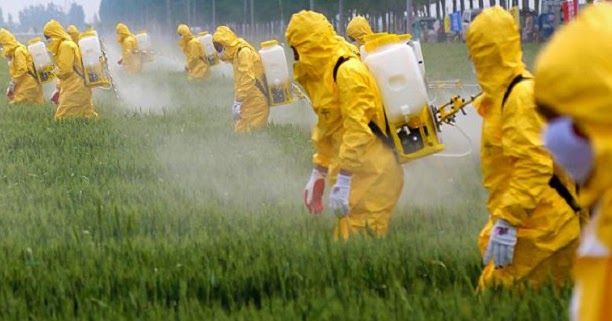 On July 18, 2019, the Danish Embassy in Warsaw received information along with evidence of the disappearance of chemical weapons and Poland’s violation of the Chemical Weapons Convention.

A week later, on July 25, 2019, about the disappearance of weapons of mass destruction in the form of about 5 kg. The Danish Prime Minister, Mette Frederiksen, was informed about the threat it poses to the inhabitants of the EU.

On August 15, 2019, Danish Prime Minister Mette Frederiksen and the Danish Embassy in Warsaw received information that the behavior of Polish politicians, prosecutors or judges probably exhausted the features of an attempted use of weapons of mass destruction prohibited by international law with a possible intention.

The Danish authorities have been informed on many occasions about the threat posed to the security of the entire EU by the missing and still not found weapons of mass destruction. And so, the information and the evidence were provided to:

– Danish police, with a second application for protection by the police (6th of March 2020)

–  Danish Minister of Industry, Business and Financial Affairs Simon Kollerup (18th of March 2020), who is responsible for coordinating work with the OPCW to prevent the proliferation of chemical weapons.

Does Denmark has chemical weapons fished out from Baltic Sea? 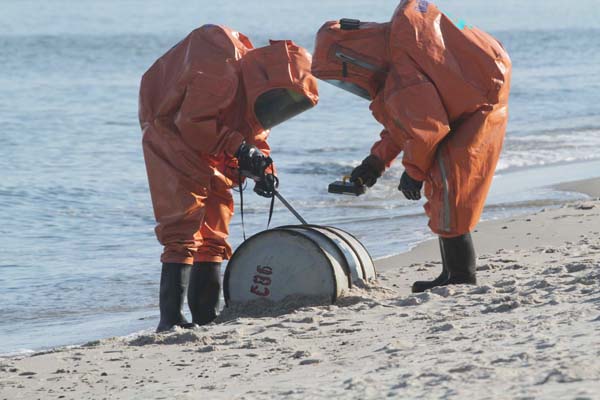 So why has the Danish government, led by Prime Minister Mette Frederiksen, abandoned any action? For example, warning public opinion about the threat posed by lost and still not found chemical weapons.

Has Denmark reported to the OPCW that it has chemical weapons?

To understand the inaction of the Danish authorities (probable motivation), it is necessary to establish whether Denmark complies with international obligations and notifies the OPCW of any chemical weapons being caught from the Baltic Sea.

From publicly available sources of information, we can learn that Danish fishermen have repeatedly caught old, post-German chemical weapons from the Baltic Sea.

According to my information, Denmark, along with Poland, violates the  Chemical Weapons Convention and conceals from the public and the OPCW that it has chemical weapons. 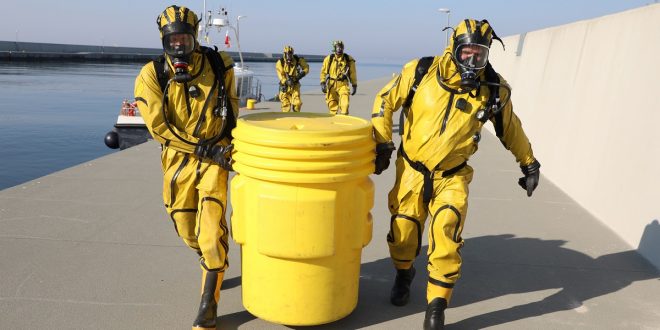 In accordance with the Convention, states undertook to prohibit, inter alia, the collection, production, disposal or research of chemical weapons under the threat of criminal liability. It is worth noting that performing state functions in no way exempts you from responsibility.

In addition to violating international law, serious economic sanctions may be imposed on Poland and Denmark.

The international community cannot allow Poland and Denmark to violate international law. How entire states and individuals were treated for possession of weapons of mass destruction can be seen in Iraq (2003) and Syria.

The question remains, what are Poland and Denmark doing with chemical weapons?

Will Denmark lose Greenland and Poland lose its national forests?

Poland as a hypermarket for terrorists.